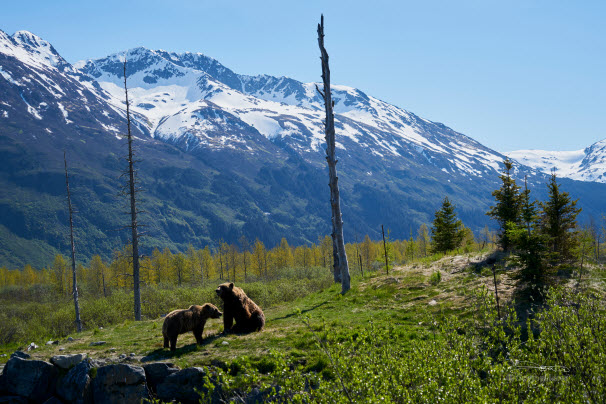 12 Things You Should Know About “Into the Wild”

What is Into the Wild about?

Into the Wild is one of those books that speaks to people on a lot of levels, depending on who they are and where they are in life. But one way to view it is as one man’s attempt to figure out how to live the richest, fullest life possible; how to avoid the trappings of society and comfort in order to experience the world in it’s raw state. On a literal level, the book and movie are about Christopher McCandless, a young man who trekked across the United States and gradually distanced himself more and more from society, both physically and psychologically.

Who is the author of Into the Wild?

Into the Wild was written by mountaineer and journalist Jon Krakauer and was published in 1996. He also wrote the gripping non-fiction book Into Thin Air, about an ill-fated 1996 expedition to the summit of Mt Everest. In 2003, he published Under the Banner of Heaven, another gripping non-fiction work. This time, he focused his attention on religious extremism, especially that found in some offshoots of Mormonism.

What was Krakauer’s purpose for writing Into the Wild?

In a 1996 interview on the Charlie Rose show, Krakauer describes first hearing of the body of a young man being found in the Alaskan wilderness.

It was something that struck a personal nerve . . . .

When I was 23, I was young and reckless and did a similarly stupid trip in Alaska. A very serious climb, a major solo expedition of the Stikine Ice Cap to climb a mountain called the Devil’s Thumb. And I was very lucky, I survived. If I hadn’t, people would have said of me as they now say of Chris that I had a death wish. I know I didn’t. Some people say he was out to kill himself and I feel strongly that he wasn’t.

He goes on to say that the story was so compelling to him because it represented such a rite of passage in American and other cultures. Young men heading into unexplored lands or pushing far beyond safe boundaries to test themselves and prove their mettle.

I thought if I picked a challenge that was hard enough and succeeded, everything thereafter would be alright. I mean, it makes no sense, but I was convinced of this . . . .  In some spiritual sense, you would feel so good after doing something this hard.

The book is an exploration of that drive and a reflection on what it does to those who feel it.

When was Into the Wild published?

The book was first published in 1996. However, Krakauer originally told a shorter version of Christopher McCandless’ journey in an Outside Magazine article entitled “Death of an Innocent” (January, 1993).

When was the movie released?

The movie, also entitled Into the Wild, was directed by Sean Penn and premiered in September 2007. RottenTomatoes.com rated it 83% on the Tomatometer with an Audience Score of 89%. It went on to earn over $18M at the box office.

Who are the main characters in Into the Wild?

The book is about Christopher McCandless and the epic journey that eventually led him to his end in the Alaskan wilderness. Along the way, the reader gets to know about each of the people whose lives intersected meaningfully with McCandless:

Who starred in the movie Into the Wild?

The Into the Wild cast consisted of the following actors in major roles:

Kristen Stewart had a minor role playing McCandless’ would-be girlfriend during his time with Jan Burres and her boyfriend in the desert.

Who was Alexander Supertramp?

Alexander Supertramp—sometimes shortened to just Alex—was the name McCandless used while traveling in the West. The act of adopt a new name allowed him to further cut ties with his former life and, in his mind, become a different person.

Where does Into the Wild take place?

The story takes place in a lot of areas, mainly in the American west and in Alaska. Key locations include the Salton Sea, South Dakota, the Colorado River, and most importantly, Denali National Park in Alaska.

Where was Christopher McCandless from?

McCandless was born in El Segundo, California, but he moved to Annadale, Virginia at age 8 and went to high school there. He then went to Emory University in Atlanta before beginning the cross-country trek that is the subject of Into the Wild.

Why is the book called Into the Wild?

The title of the book and subsequent movie comes from a postcard McCandless sent to his friend Wayne Westerberg just before heading off into Denali National Park. It was the last written communication he would send before his death just over 4 months later.

The last section of the postcard reads:

Please return all mail I receive to the sender. It might be a very long time before I return South. If this adventure proves fatal and you don’t ever hear from me again, I want you to know you’re a great man. I now walk into the wild.
(Written and posted on April 27, 1992)

Where can I learn more?

There are a huge number of online resources dealing with McCandless’ life, philosophy, and intentions. The most significant, because of its relevancy and poignancy, is the website of his sister, Carine. She wrote her own story about her brother and the life she shared with him growing up. It’s called “The Wild Truth” and helps shed light on the childhood influences that shaped her brother and drove him toward his destiny.

Jon Krakauer also published a very interesting follow-up article in the New Yorker Magazine in February 2015. In it, he tries to establish definitively how and why McCandless died. Did he inadvertently poison himself by eating too many wild potato seeds or did he starve to death? Although the point is moot, Krakauer wanted to reply to skepticism from some Alaskans that the seeds could have been the cause of death. As a magazine article, it’s kind of dry, but it’s an interesting read nevertheless because it shows the extent to which Krakauer takes seriously his duty to tell the absolute truth about the people he writes about.

If you liked this article, check out these related posts: