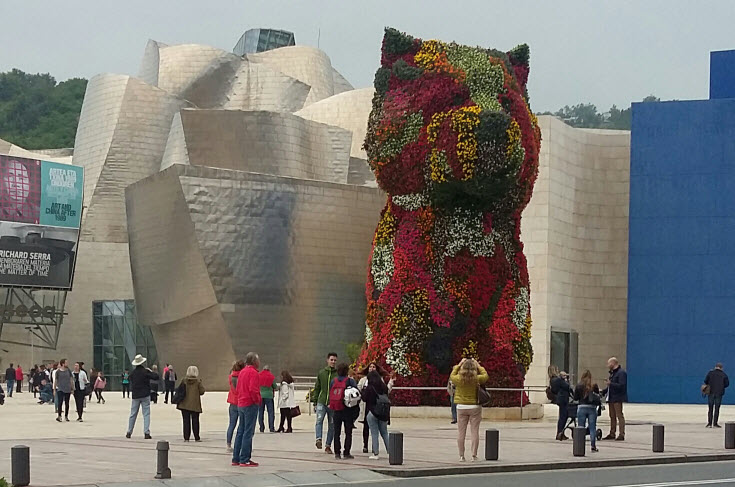 Entrance to the Guggenheim Museum in Bilbao, Spain, which opened in 1997. This striking building is the brainchild of Canadian-born architect Frank Gehry. Like most of Gehry’s creations, it exhibits a post-modern “deconstructivist” approach to architecture. What that means is that elements of the design appear to be fragmented …. chaotic or disjointed. Despite this, the inside of the museum is anything but disjointed. Nineteen galleries contain artworks from many of the most influential artists of the 20th century.

In addition to the Bilbao museum, Gehry designed the Dancing House in Prague and the “El Peix“, fish sculpture in Barcelona. In North America, his most famous works include the Walt Disney Concert Hall in Los Angeles and the Museum of Pop Culture in Seattle.

The “Puppy” flower sculpture at the entrance to the museum is by American artist Jeff Koons (1992).