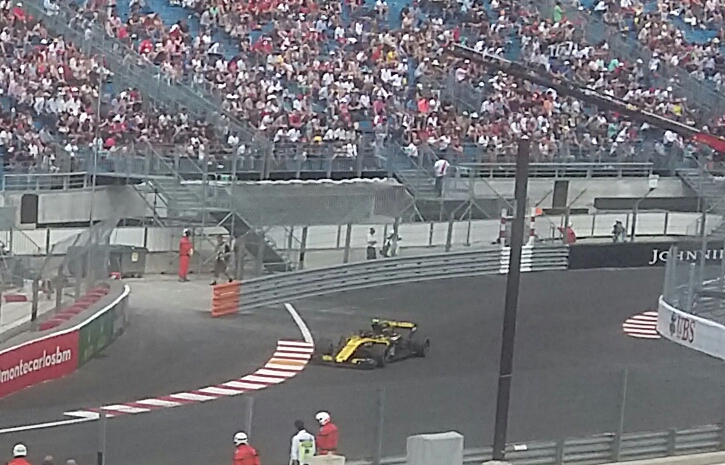 A race car passing the spectator stands during the Monte Carlo Formula 1 Grand Prix qualifying heats. The race includes 78 laps on a course laid out on the narrow streets of Monaco. Each driver makes roughly 3,666 gear changes during the race, where top speed on the straightways can reach 183 mph (295 km/h).
Considered one of the most demanding F1 courses, the Monte Carlo Grand Prix includes a hairpin turn where speeds drop to 30 mph (50 km/h) and a tunnel that forces drivers to rapidly adjust their vision as they go from light to dark to light. The tunnel is located at the fastest point in the circuit, so drivers have to be extra vigilant and responsive each time they approach it.