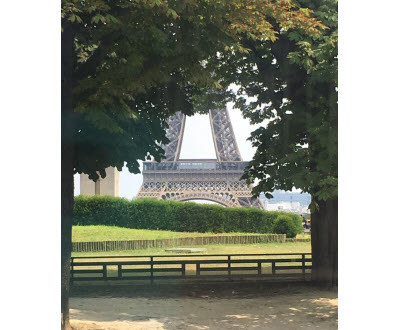 The Eiffel Tower viewed from a park across the Seine. Built in 1889 for the World’s Fair, nearly 7 million visitors ascend the tower every year. Despite its current popularity, it originally drew significant criticism. For example, Artists against the Eiffel Tower described its potential impact on the cityscape in ruinous terms. They wrote, “. . . imagine for a moment a giddy, ridiculous tower dominating Paris like a gigantic black smokestack, crushing under its barbaric bulk Notre Dame, the Tour Saint-Jacques, the Louvre, the Dome of les Invalides, the Arc de Triomphe, all of our humiliated monuments will disappear in this ghastly dream.”