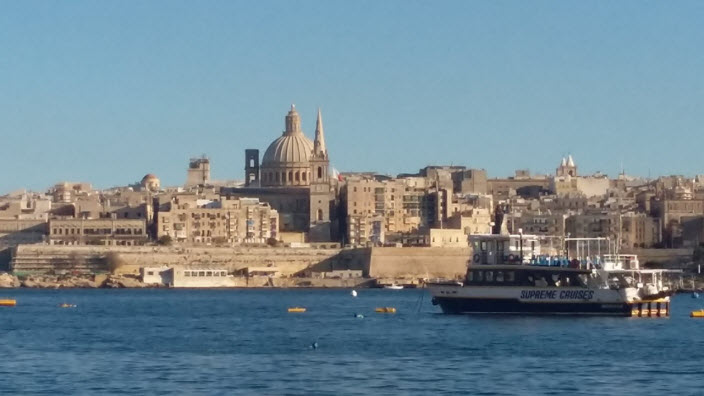 Skyline view of Valletta, Malta, the smallest capital city in Europe. With a population of just 6,400 people, this 16th century walled town covers a mere .3 square miles (.8 square kilometers). Despite this, Valletta is a bustling town during the day. Thousands of cruise ship passengers wander its streets nearly every day taking in its architectural and geographic beauty. A UNESCO World Heritage site since 1980, Valletta is officially the European Capital of Culture for 2018. In addition to numerous baroque palaces, formal gardens, and grand churches, the town is home to priceless works of art including a pair of spectacular paintings by Carvaggio in St. John’s Co-Cathedral.