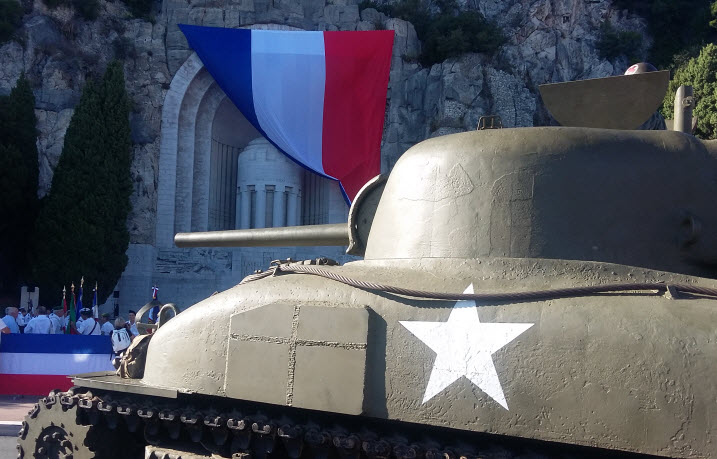 U.S. Army tank parked in front of the Monument aux Morts (Monument to the Dead) in Nice. The tank was part of the 74th anniversary ceremony honoring the bravery and sacrifices of the French Resistance. On August 28, 1944, they rose up against the Nazis who were occupying Nice. By the end of the day, the German army was on the run, heading north. Each year, in the hours leading up to the ceremony, a solemn Circuit de la Memoire (Circuit of Memory) procession travels to each of the locations in Nice where a total of 32 Resistance fighters died defending their city.

If you travel to Nice, keep an eye out for the memorial plaques scattered throughout the city. Because most of the fighting on August 28 took place in the main squares, you’ll see memorials on the walls of Place Massena, Place Garibaldi, Place de Gaulle, Place Arson, Place du Palais, City Hall (Hotel de Ville) and many other areas.