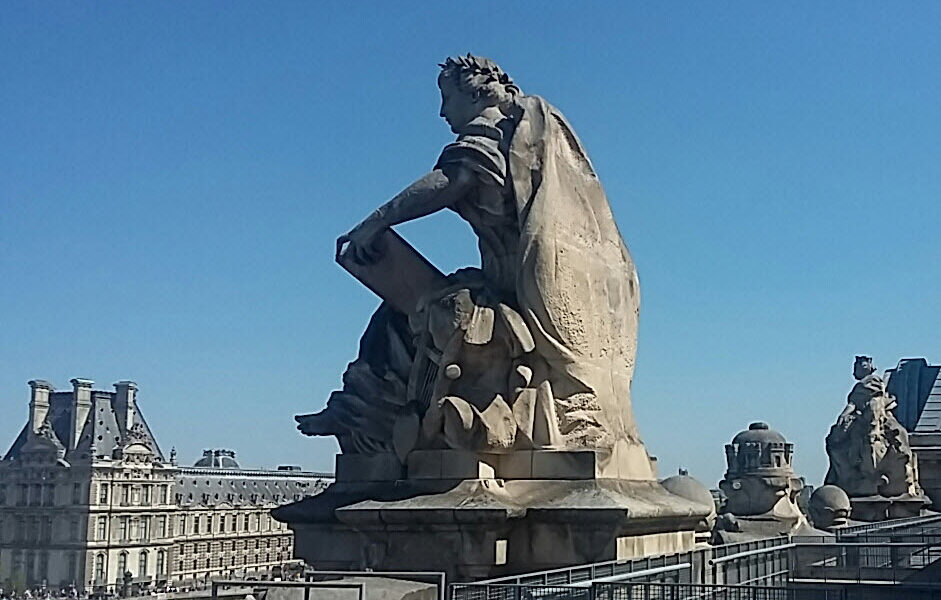 One of three large statues on the rooftop of the Musée d’Orsay, Paris looking across the Seine to the Louvre Museum. This statue, entitled Orleans, was created as an allegorical representation of the city of Orleans, which was one of three major cities served by the train line that originated in the building when it was the Gare d’Orsay. In addition to the Orleans statue, the northern rooftop contains statues called Bordeaux and Nantes, named after the other two towns served by the Gare d’Orsay in its heyday.