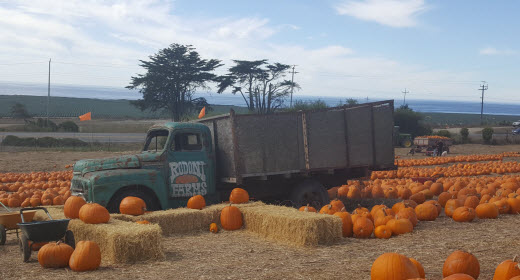 Pumpkins rioting at Rodoni Farms, Santa Cruz, California, October 2019. This photo shows the leaders of the mob trying to hotwire the farm’s pickup truck to make their escape. The uprising was apparently thwarted when the pumpkins realized they needed hands, eyes, and feet to drive.

Rodoni Farms declined to comment on the incident, but did announce they would soon begin selling fresh-baked pumpkin pies and pumpkin spice lattes.