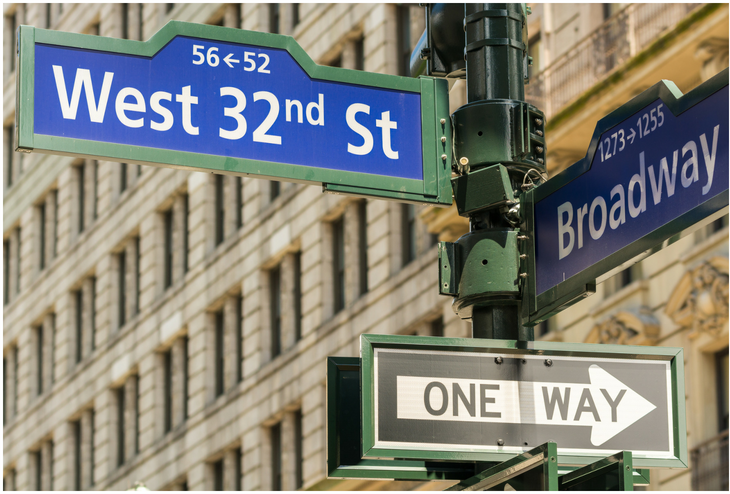 Where Everyone Mutinies But No One Deserts: Tourist Information for New York City

The following tourist information for New York City should prove useful as you explore America’s largest and most iconic city. If there is any additional information you think we should add, let us know via the COMMENT form at the bottom of the page.

Dial 911 if you are in urgent need of police, fire, or medical assistance. This number is free from pay phones, so you don’t need coins to call it.

The following links provide information about what’s on in New York City during your visit.

https://www.eventbrite.com/d/ny–new-york-city/events/ — This is a great site because of the eclectic mix of events it includes. Events are categorized into the following types:

You also have the option to buy tickets for any event directly through this website. There’s no need to go elsewhere to try to track down the specific ticket vendor for each event. Note that buying from the website is slightly more expensive than buying directly through the venue. This is because Eventbrite.com adds a processing charge to the base ticket price. As an example, a $15 ticket to the Highline Ballroom Saturdays event sells for $20 on Eventbrite.

https://www.timeout.com/newyork/things-to-do/cheap-new-york-cheap-events-and-festivals — This cool site is run by TimeOut, which is well known in London as being the premier place to go for information on what’s happening. It’s a great resource because it aims to provide visitors with information about free and cheap events happening all over town, not just expensive, high profile goings-on. As such, the activities tend to be less well-known and smaller than you’ll find listed elsewhere.

The following links provide information about worthwhile things to do and places to visit in and around New York.

With around 4.5 million visitors each year, the Statue of Libery is the top tourist attraction in New York. When booking a tour, you have the option to also visit nearby Ellis Island, entry point into the United States for more than 12 million immigrants between 1892 to 1954. Now the site of an immigration museum, it’s well worth a visit. For information about tours to the statue and the museum, check out the following website: https://www.nps.gov/stli/planyourvisit/fees.htm

Opened on November 3, 2014, this observation deck is located on floors 100, 101, and 102 of the One World Trade Center building in lower Manhattan. The observatory offers sweeping views of New York City and the surrounding suburbs. For tickets and detailed information, check out the following website: https://oneworldobservatory.com/en-US

The 9/11 Memorial is free and features of two huge memorial pools and a tree-filled memorial plaza. The memorial is open to the public daily from 7:30am to 9pm.

The Memorial Museum, located on the same site as the Memorial, charges for admission. The museum is intended as the official national repository of artifacts and stories related to the September 11, 2001 and contains a wide range of visual and oral reminders of the event. For detailed information on opening hours and costs, refer to their website: https://www.911memorial.org/

Opened in 1931 and ranked as the tallest building in the world for the next 40 years, the Empire State Building is one of New York City’s most iconic landmarks. The Main Deck, located on the 86th floor, is the highest open-air observatory in the city. It’s also where Cary Grant’s heart got broken (An Affair to Remember) and Tom Hanks and Meg Ryan met and fell for each other (Sleepless in Seattle). The Top Deck observatory on the 102nd floor offers even better views, but it’s less popular because it’s indoors, not open-air. For complete details on tickets, times, and prices for both decks, check out the following website: http://www.esbnyc.com/

Located on the 70th floor of the RKO Building (30 Rock) in the Rockefeller complex, Top of the Rock offers three observation decks and 360 degree views of New York City. If you’ve got the time, you can combine a visti to the observation deck with a tour of NBC Studios and/or Radio City Music Hall, both of which are located in Rockefeller Center. For complete details on tickets, times, prices, and tours, check out their website: https://www.rockefellercenter.com/attractions

Located on the southern tip of Manhattan, Battery Park (recently renamed The Battery) is a 25-acre (10 ha) park first established as a defensive fortification for a younger version of New York City. In its current incarnation, its features a wide variety of statues, monuments, and memorials. One of the best known buildings on the site is Castle Clinton, which from 1855 to 1895 served as an major immigration depot during one of America’s major growth periods.

Created in 1857, New York’s Central Park is an 843 acre (341 ha) oasis of natural beauty bounded by 59th Street on the south and 110th Street on the north. Around 35 million people visit the park each year and, according to Wikipedia, more than 231 movies have been filmed in it. In addition to its natural beauty, it features such iconic sites as Belvedere Castle, the Bethesda Fountain, Cleopatra’s Needle, Strawberry Fields, and the Jacqueline Kennedy Onassis Reservoir.

This 1.45-mile-long (2.33 km) elevated park was created on a former New York Central Railroad spur on the west side of Manhattan in New York City. Filled with native plants and art installations, the park creates an urban oasis in the middle of some of the city’s busiest districts. It also provides numerous unique vantage points from which to enjoy the city. Opening hours are from 7 am to 7 pm in winter, until 10 pm in spring and fall, and until 11 pm in summer. Visitors can access the park via eleven different entrances, five of which are wheelchair accessible. For specific details on how to get there and what you can expect to see during your visit, check out the following site: http://www.thehighline.org/

Stretching from West 42nd to West 47th street, Times Square serves as the hub of the Broadway Theater District. On the northern end of the square, you’ll find the TKTS booth that sells reduced-priced tickets to many Broadway shows. Times Square is perhaps most famous as the site where over a million people come together to celebrate New Year’s Eve and watch the ball drop from the Times Building.

Located in Greenwich Village at one end of Fifth Avenue, this popular urban park is readily identifiable by the large arch that dominates its northern side. Modeled after the Arc de Triomphe in Paris, the original Washington Square Arch was erected in 1889 to celebrate the hundredth anniversary of George Washington’s inauguration. The current arch dates from 1892. Other key features of the park include the large central fountain that serves as a wading pool on hot days and a number of built-in outdoor chess tables in the southwest corner.

New York’s Metropolitan Transit Authority (MTA) operates a massive network of subways, buses, and trains reaching all parts of the city and suburbs, too. For detailed information about fares and schedules, refer to their website.

You can pay your fare in any of the following ways:

Special Note: There is no charge to ride the Staten Island Ferry and you do not need to obtain a ticket to board it. In and around the ferry terminal, beware of scam artists who will try to sell you tickets to this free service.

With a population in excess of 9 million people, there are a lot of doctors and dentists to choose from. One website a friend recommended to me is Zocdoc , which allows you to search for the kind of doctor or dentist you want based on their name or their speciality. You can also search based on your insurance carrier: in-network or not. Just keep in mind that the first result that comes up after a search is a sponsored link. You shouldn’t assume that that doctor is the best just because their name appears at the top of the list.

If you come from outside of the U.S., keep the following in mind. Quality medical care is usually massively expensive. For comparison, a basic visit to a doctor’s office costs me 30 euros ($35) in Europe. The same sort of visit can cost $90 or more in New York and that fee includes no x-rays, medicines, or tests. Most urgent care sites don’t list their prices on their websites, requiring you to call them or book an appointment in order to find out what you’ll be paying.

Taxis are plentiful in and around New York and fares are standardized. Most taxis have credit card machines, but don’t assume that’s the case. If you want to pay by card, ask the driver if that’s an option before you get in the taxi.

Official New York City taxis can be booked in advance through an app called Curb – The Taxi App. The app can be downloaded for free to your iOS or Android smartphone.

Uber and Lyft offer widespread coverage throughout New York. They tend to be very reliable but unlike most cities, the price is usually equal to that of taxis. The convenience is in knowing in advance exactly how much the fare will be.

Complete details about local accommodations, events, attractions, and destinations are available at the Official NYC Information Center website. Visitor information offices are located in the following areas within the city:

If you found this post useful, you might also enjoy the all-in-one resources for the following cities: