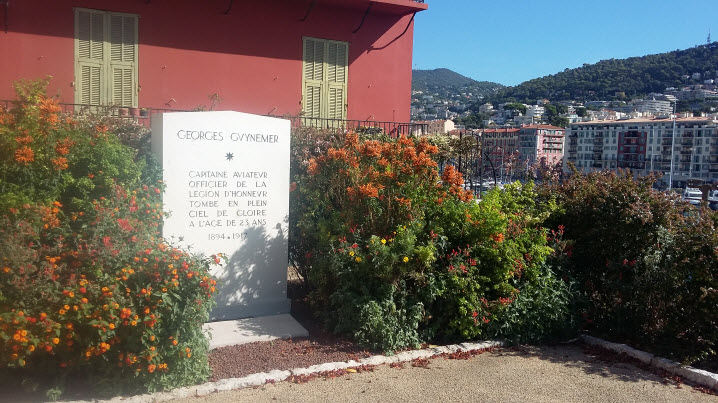 Memorial to Georges Guynemer, French top flying ace in World War I.  Although his flying career spanned only two years, he managed to shoot down 54 enemy aircraft in that time. By the time of his death in 1917 at the age of 22, he had become a national hero. In addition to his remarkable flying skills, he was lauded for his blend of enormous bravery and genuine humility. News reports at the time frequently repeated his best known line as an inspiration to those who were fighting. Until one has given all, one has given nothing.

This memorial plaque is located at the north end of the tiny Guynemer Park located on the west side of the port of Nice, France. The text on the memorial translates as: