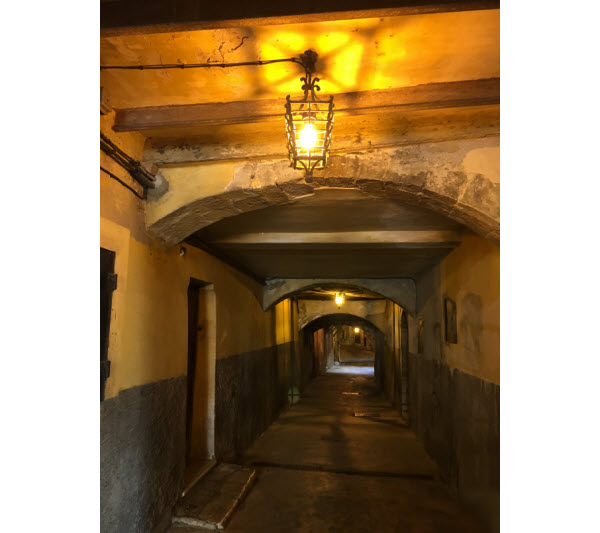 Rue Obscure, Villefranche-sur-mer. This 425-foot (130 meter) passageway runs parallel to the shore in Villefranche, about 5 miles from downtown Nice, France. Dating from 1260, it was originally an open-air section of the original defensive ramparts of the town. Over the centuries, the town grew up around and above it, transforming it into a covered passageway.

Although little definitive information is available about its historic uses, there are numerous unconfirmed stories. Because the passage once ran underground nearly the entire length of town, it was apparently an ideal conduit for illicit trade. Eighteenth century smugglers supposedly relied on it to transport contraband from the shoreline uphill to the toll road. In its current form, the passage covers only a couple hundred feet. And yet, because of its location, its architecture, and its history, it remains an intriguing place to visit. It’s a public thoroughfare, so it’s always accessible.