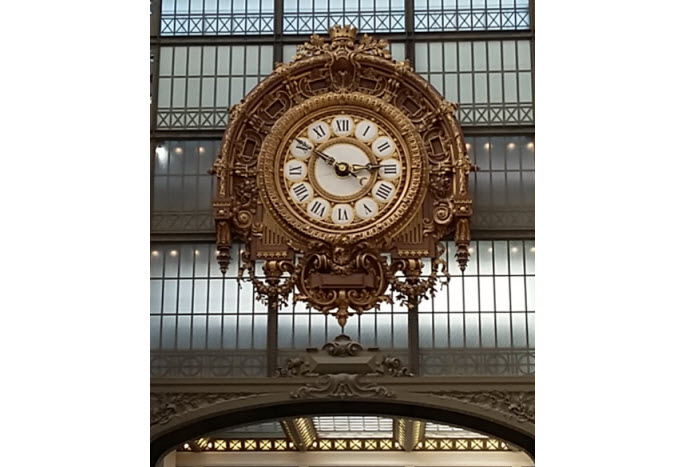 Massive beaux-arts clock hanging inside the Musee d’Orsay in Paris, France. The clock dates to around 1898 and originally overlooked the passenger platforms when the building was used as a train station. When the space was converted into one of Paris’ best art museums in the mid-1980s, the clock was incorporated into the new layout.

The clock can be seen in the center of the image below, which shows the Gare d’Orsay around 1900. 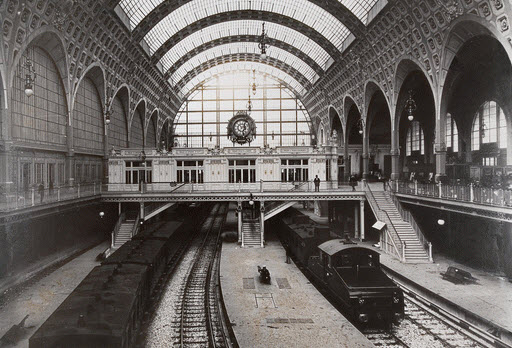 Photo property of the Musee d’Orsay.