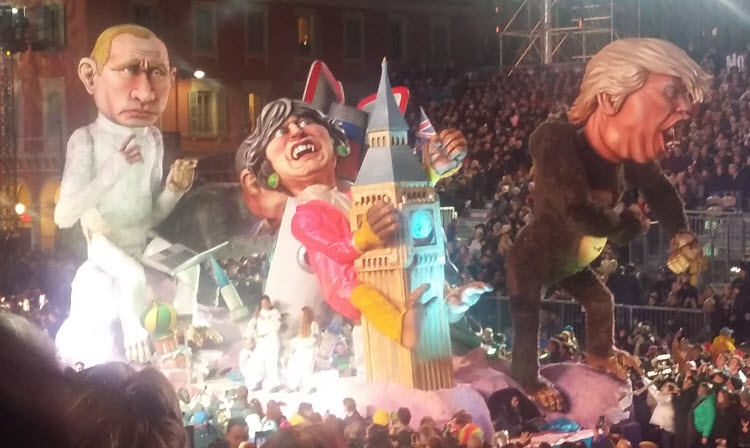 Fever dream central: Your guide to Carnival in Nice

The Nice Carnival celebration is one of the largest carnival events in the world, attracting over a million visitors during it’s 15-day run.

The theme of Carnival changes each year. In 2017, it was Energy. This year, it was Space. In 2019, it will be Cinema. Despite the different themes, the overall style of the floats is roughly the same. And to be blunt, it’s truly the stuff of fever dreams and childhood nightmares. Think Cirque du Soleil on acid. Lots of acid.

In 2018, for example, there was a 30-foot high inflatable Godzilla balloon that the handlers maneuvered into the crowd so that they could stomp on people’s heads. 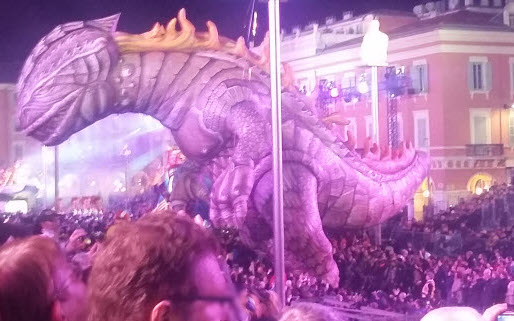 The 2018 parade also featured 20-foot high moving statues of Theresa May, Vladimir Putin, and Donald Trump. The latter portrayed as half-man, half ape with huge yellowish fangs. Not the sort of thing you want to see an hour or so before bedtime. 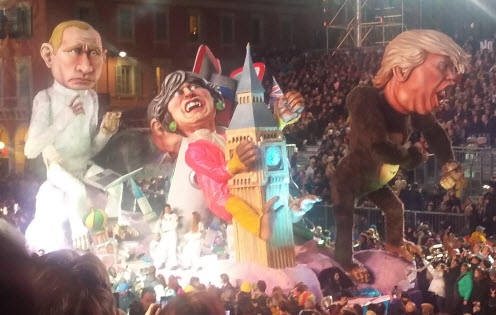 In 2019, the Nice celebration of Carnival will start on February 16. The entire festival culminates in a wild parade and boisterous closing festivities on the fifteenth day (March 2 in 2019).

Although there are 12 main activities during the run of the festival, they take place on only 8 days. Activities take place on all three Saturdays, both Tuesdays and Wednesdays, and on the second Sunday. Each Saturday features two activities: a flower parade in the afternoon and a parade of lights in the evening. According to the official website of the Nice Carnival website, you can expect the following events:

Traditionally, the route would run along the Promenade des Anglais on the edge of the Mediterranean. In 2017, the route was changed to make it easier to contain the parade route and ensure the safety of everyone attending. The route was changed again in 2018, this time to improve visibility for those who paid for standing-room only tickets. In its latest incarnation, the route cut through Place Massena and completely looped around Jardin Albert 1.

Ticket prices vary depending on whether you want to sit in the grandstands or just stand along the parade route. The most expensive tickets for adults are 26 euros (in 2019) for assigned grandstand seats for the night-time Parade of Lights. Adults who are content to stand for the duration of the parade can get tickets for as little as 12 euros (in 2019). Children under 6 get in free and children 6-10 pay between 5-10 euros depending on where they watch the festivities from. For detailed information about dates, times, and costs for 2019, refer to the official Nice Carnival website.

The Parade of Lights runs for about two hours and features a combination of wildly decorated floats, massive themed balloons, costumed characters, and street performers. The lights and the noise are like Vegas on steroids, so it’s a sensory as well as a visual overload. And it’s awesome, as you can see from the following 2018 photos. 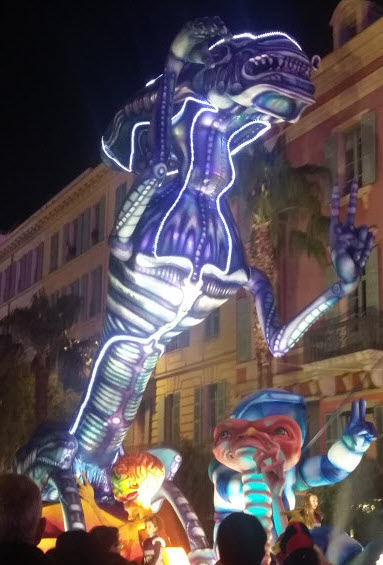 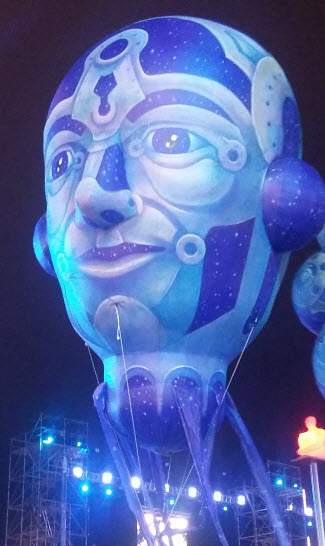 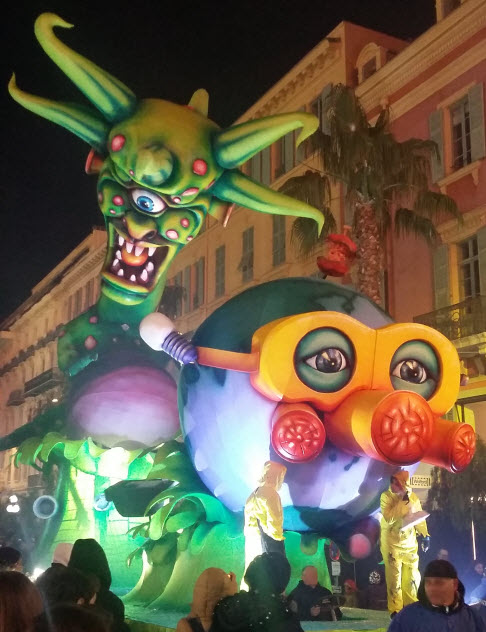 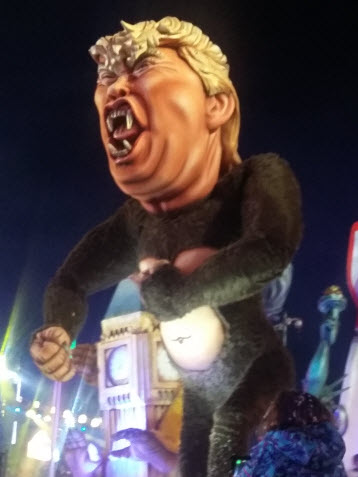 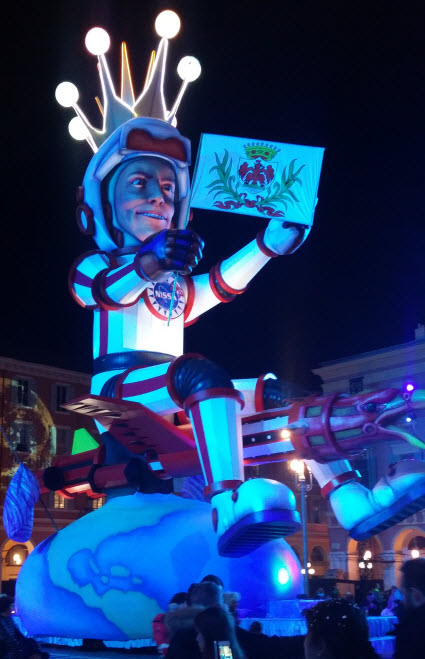 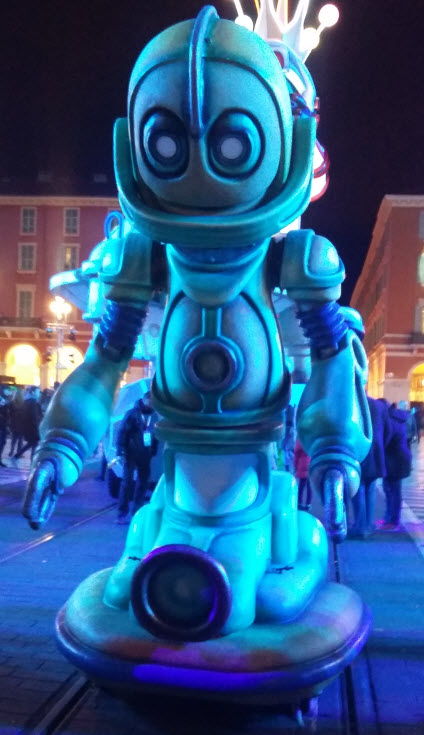 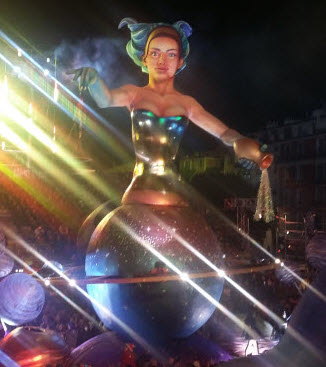 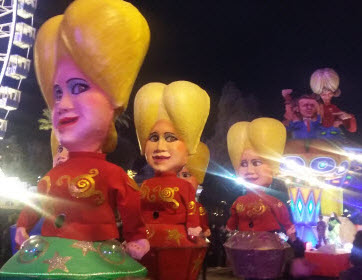 The Flower Parade, which follows the same route as the Parade of Lights, takes place during the day and tends to be much calmer than the nighttime events. Sixteen flower-bedecked floats roll by the crowds, accompanied by marching bands, costumed characters, and giant themed balloons. If you go to this parade, don’t buy a grandstand seat. At the end of the parade, the floats pass by the crowd again and all of the fresh flowers are thrown to the crowds. Nearly every bystander ends up with a huge bouquet of fresh cut flowers in all colors. 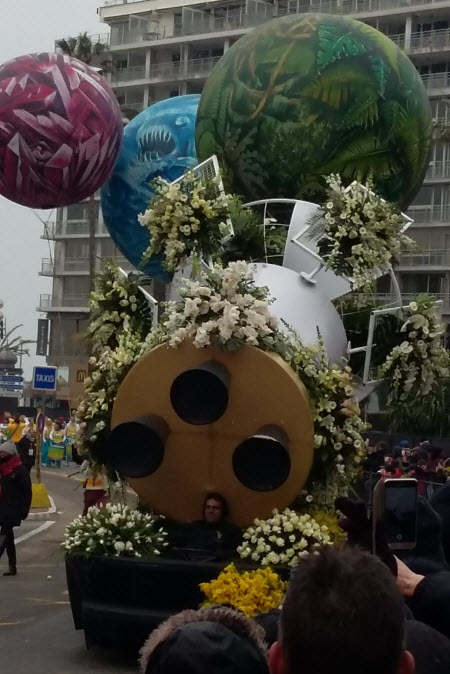 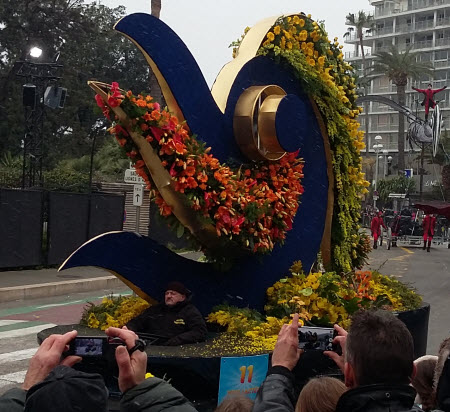 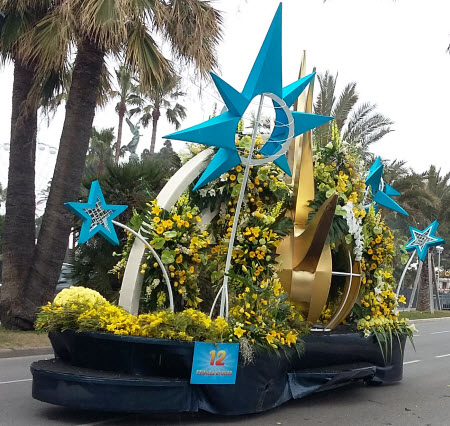 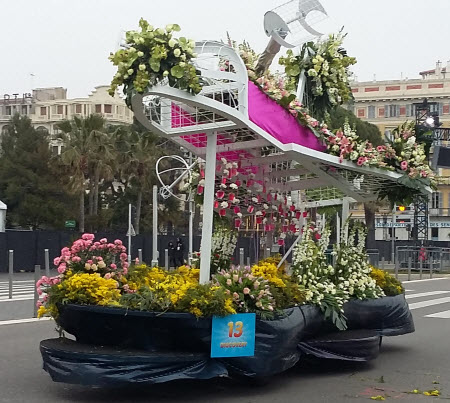 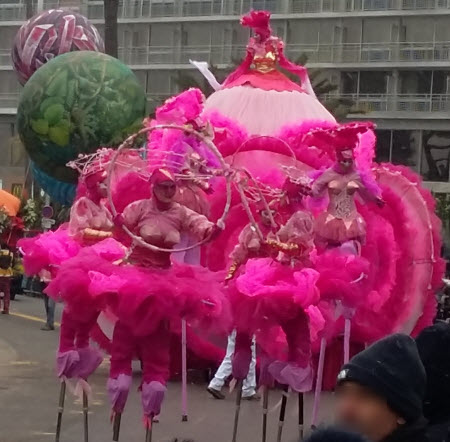 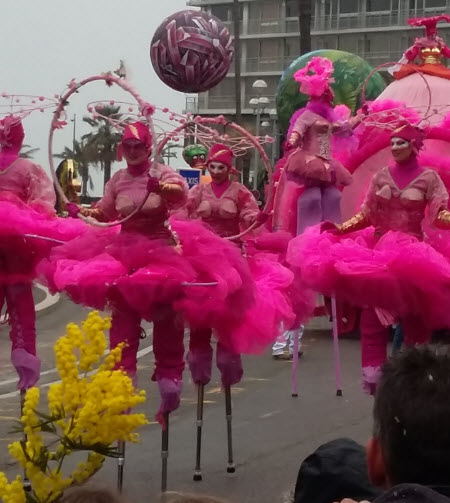 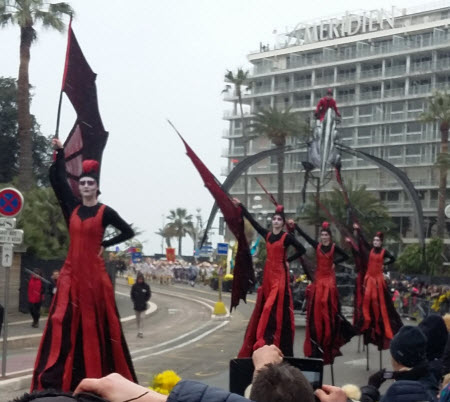 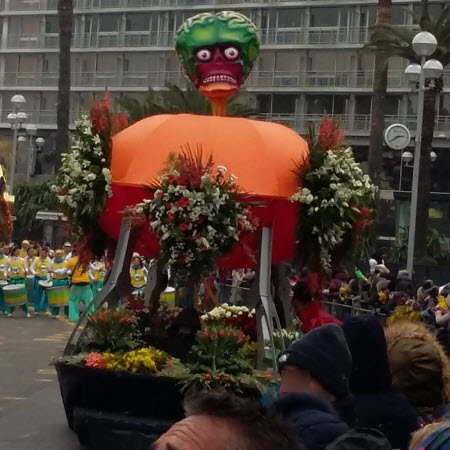 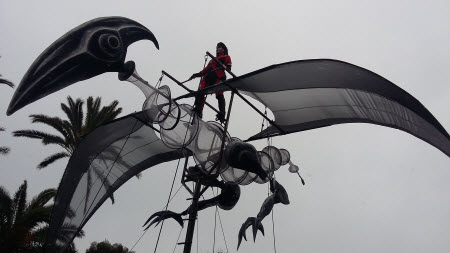 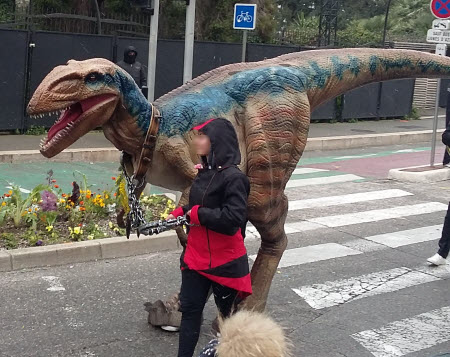