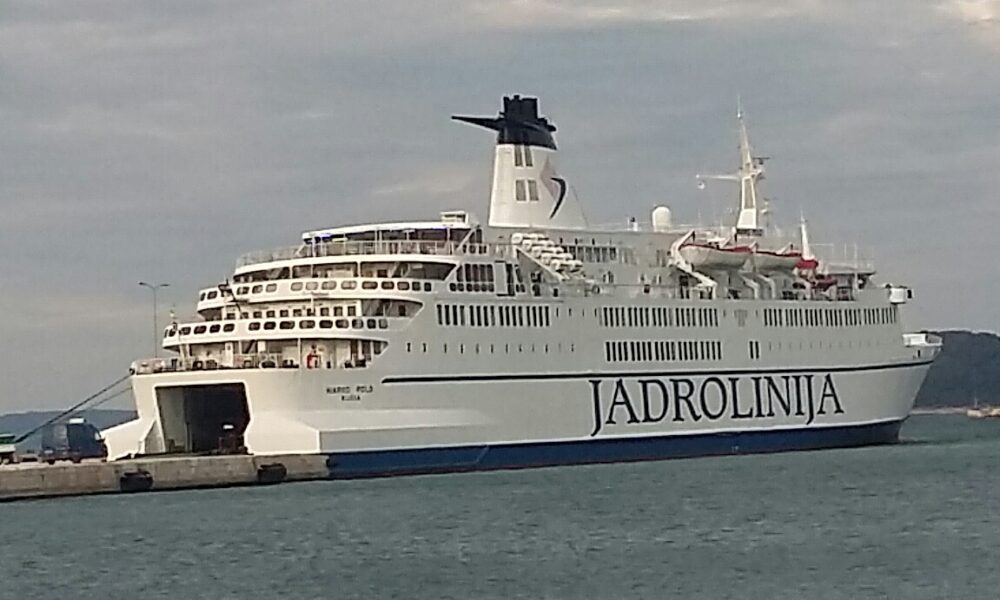 Where to Get Your Ancona to Split Ferry Tickets

If you’re arriving by train to Ancona station and need to pick up your Ancona to Split ferry tickets, this blog post should make the process a lot less confusing. Because let me tell you, there’s nothing intuitive about any of it.

I took the ferry on March 26, 2019 and though I had read some very helpful blog posts in advance, I still found the experience to be overly complicated and frustrating. Much of that has to do, I think, with the fact I was traveling in the off-season and the process seems to be even less efficient at that time of year. Which is a remarkable achievement considering how bad it apparently is during normal circumstances.

If you haven’t purchased your tickets yet, the best resource I could find is the Direct Ferries website. It provides comparisons of ferry crossing costs, times, and dates, so you can find the voyage that best suits your travel plans. A one-way ticket as a foot passenger will run you about US $38 whether you sail aboard a Jadrolinija or SNAV ferry. Round-trip on either ferry line is roughly US $71.

There are two companies that run ferries between Ancona and Split.

Jadrolinija runs up to four ferries a week in each direction during the busy summer months. During the shoulder season (spring and fall), they run three times a week. And during winter, they run twice a week. Crossings take around 10 hours and 15 minutes. Check out the Jadrolinija ferry schedule for 2019 (PDF) for specific sailing days and times.

Although SNAV and Jadrolinija have their own websites, both sites are poorly designed and difficult to use. We recommend doing your research via DirectFerries.com, which will allow you to compare the schedules and costs of sailing on each company’s ferries.

Quick preview: Where things are and how to get there 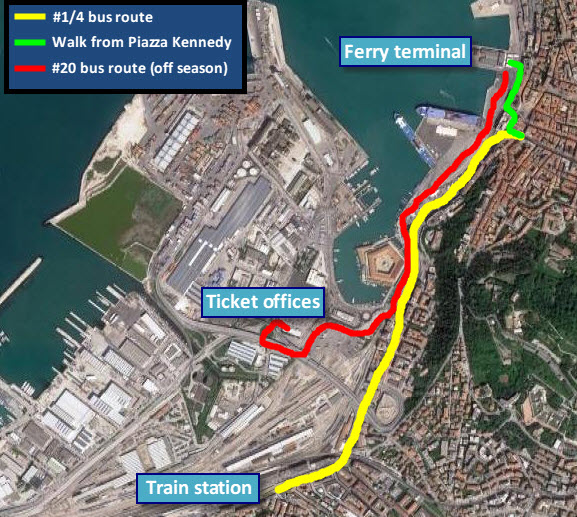 How to get your ferry tickets

That’s it. You’re literally on your way at this point.

If you’ve got any questions, have additional information, or need me to clarify anything, drop me a line in the COMMENT section below.